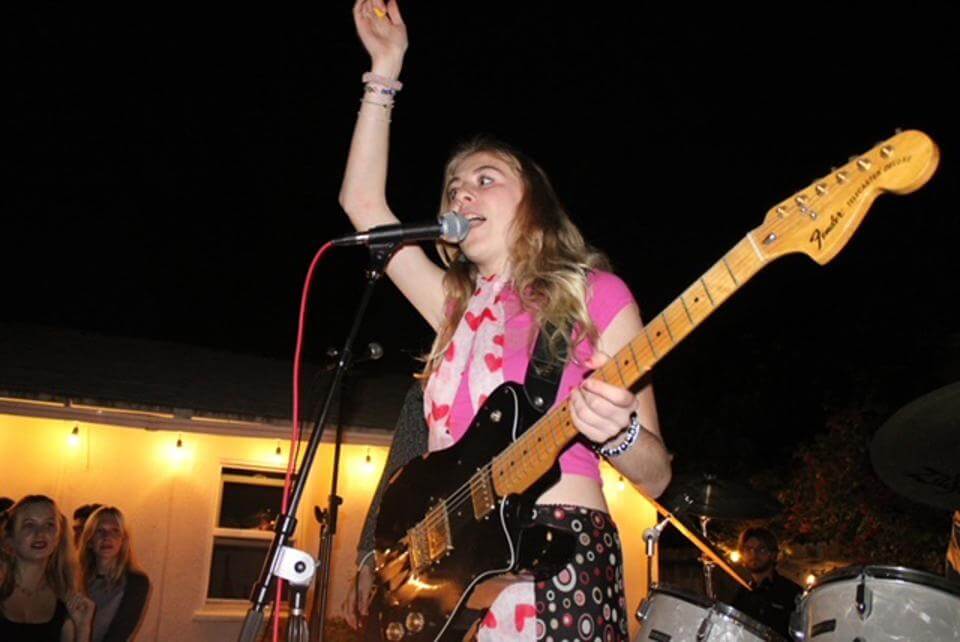 True Jackson (‘18) is featured in Forbes! The article describes True’s dreams of performing her first indie pop album (recorded in 2020 during the height of the pandemic) for a live audience. It reads, “Despite all the struggles of creating an album throughout quarantine she never seemed daunted by her dreams and the challenge to make them come true… One year after releasing “Simulation,” Jackson’s album of original songs chronicling life as a teenager in a sudden virtual world, she yearned to connect with an audience. Live and in person. Her wish was to perform her surprisingly upbeat songs about what her generation had been experiencing and the isolation they felt…” True took matters into her own hands and threw a free backyard show to finally play the music from her album.  The show was a success and gave her a new vision, to help other young artists get out there. Jackson’s second show became an art fest with all female bands and local artists. True says she grew up with severe stage fright but when on stage and the crowd is jumping and singing is when she’s most fearless. The stage time and experience performing has paid off. Most recently Jackson was invited to play a show at the music venue The Mint in April. True had her start performing on stage at WNS. She is now off to The New School in NY to study Contemporary Music and Business